The town of Pontassieve extends for 115 km in the hills of Valdarno and Valdisieve and consists of several hamlets and towns.
It took its name from the bridge that connects Florence with the Valley of Sieve. 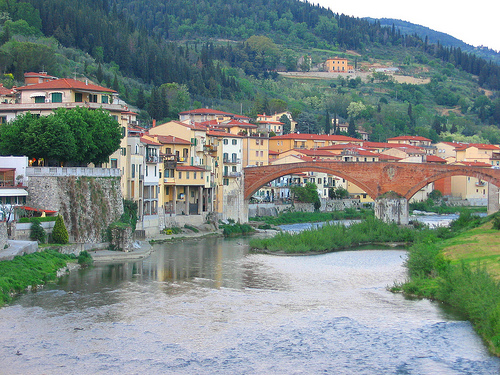 The first reports on this area are dates back to the XI century, relative to the domination of Da Quana's family, who moved to Florence in the XII century, selling most of their possessions to the bishopric of Florence.

Because of the strategic value of the land,  in the XIV century the Florentine Republic decided to fortify it; then they build Sant'Angelo Castle, which three of its four doors are still visible.

The area has a wide range of accommodation for tourism, and its location allows quick and easy links to the city center of Florence.

In recent years it has also increased many offers for the "green tourism", in relation to cycling, horseback riding, hiking and visits to protected natural parks (such as natural area of Santa Brigida, and Poggio Ripaghera and the Valley of Hell, or as the Park River, which runs along the banks of the Arno river); for fans of medieval archeology Pontassieve proposed sites such as Montefiesole and Monte Croce.