Fried Festival: the event takes place at the restaurant of the Croce Azzurra in Sieci, suburb of Pontassieve, with a menu of meat and fish dishes, main courses and traditional specialties. In the month of April. For information: 055-8309611 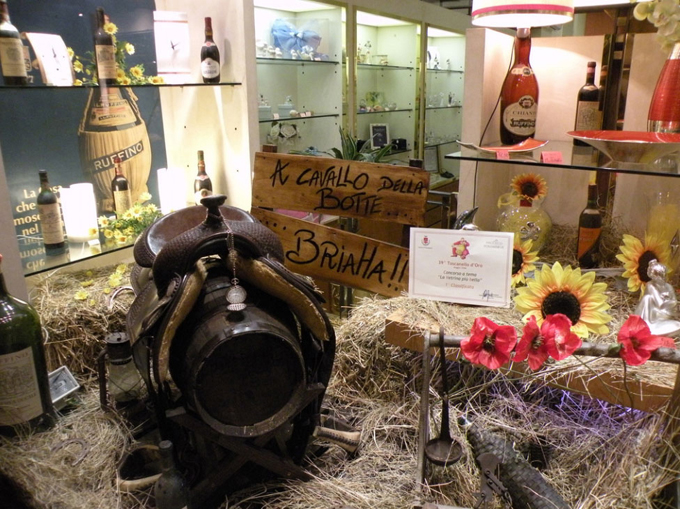 Toscanello d'Oro: it's a traditional festival that takes place in the historical center of the town. Four days to the discovery of the Valdisieve good wine, but not only! In fact, in addition to wine you have the possibility to taste local specialties, listen to good music, participate to cultural performances, free exhibitions and books presentations. In the month of May. For information: 055-8323103

Palio della Botte: on the occasion of the Patron Saint Michael the Archangel, this event full of fun and tradition is held; the Palio is composed of four proves: sake race, bowling, race on the bricks and dance on the newspapers. At the end of September.

Novel Oil and Wine Festival: two days entirely dedicated to the new oil and the novel wine of the area. To appreciate better the quality of these products, there are various stands for tasting olive oil, wine, mulled wine, roast chestnuts and grape bread. In addition, many performances to make more pleasant the festival. In the month of November. For information: 055-8360236

Christmas in Santa Brigida: over Christmas, the Live Nativity Scene is organized in Santa Brigida, a suburb of Pontassieve: it consists of 50 figures placed in a picturesque setting with trick of light and music. For information: 055-8300021