SAN PIERO A SIEVE: The ancient village of San Piero a Sieve has developed around an ancient pieve from the 11th century, on the main communication channel connecting Florence with Imola and Bologna. The period of highest glory corresponded with the medicean domination: to Medici is in fact due the constrution of wonderful villas.

San Piero is the littler village of the area but it conserve the majority of the Medicean buildings. The most impressive undoubtely the Fortress of San Martino, wanted by Cosimo I to defend the town. Not less fascinating is the Castle of Trebbio, which dominates from its position the valley of Mugello. If you are searching for a place which may inspire peace and it is as the same time a place of artistical interest, go to visit the Convent of Bosco ai Frati, filled with green, along one of the most typical country roads. Not less beautiful is the very ancient Pieve of S. Pietro, placed on via Bolognese.

The Fortress of San Martino 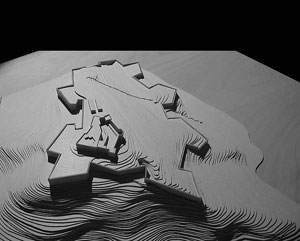 San Piero is situated at the center of Mugello: all means of transport from and to Florence passes here. So it is a well known town and recently there the number of festival and events have increased: Festa del Regolo, is an event which attracts many young people, the Ingorgo Sonoro, is an evening of music, of every kind, for every taste, it take place at the end of May or an evening in june. In October there is the Smarronata, a festival of one of the most typical and delicious dishes: chestnuts.