The park of Villa Demidoff 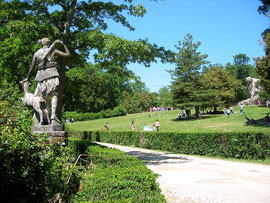 Villa Demidoff's Park. This is a villa of the 11th century. From the 16th century the building and all the houses around it became a property of Medici, the renovation of the villa was done by Buontalenti. Unfortunately it has been demolished by the Lorena, but the wonderful park is now open to the public: there are numerous interesting monuments such as Buontalenti's Chapel and the monumental fountain Colosso dell'Appennino. At the present time it is a property of the Province of Florence, the villa is also seat of the Park International Documentation Center. In spring and in summer the park is seat of cultural and musical events.